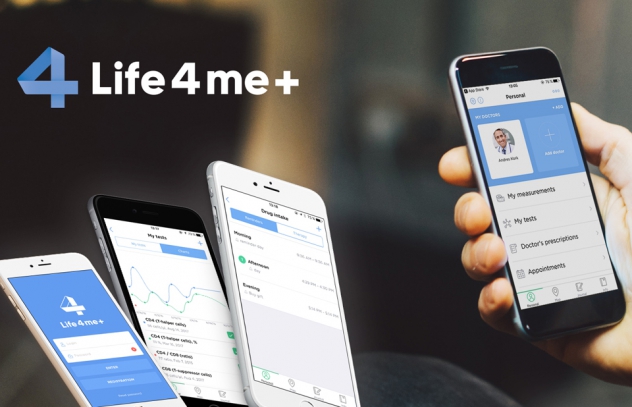 The app was developed based on the experiences of its developers and HIV activists. For people living with HIV, the app works like a personal electronic patient card. It allows users to stay in touch with doctors online, saving and displaying test results, a calendar of blood tests and a prescription history, and sets up reminders about when to take medication and schedule appointments. There are also functions for recording weight, chest volume, blood pressure, disease history, HIV drug resistance, etc.

It has an interactive map that shows the location of medical centres and nongovernmental organizations supporting people living with HIV, daily HIV-related news and up-to-date information and popular scientific articles on HIV. A help button contains links to hotlines on HIV treatment and prevention and psychological and legal support for women, adolescents and drug users. Currently, the links to the hotlines are available only to people living in some countries in eastern Europe.

With the patient’s permission, doctors can monitor medicine intake and track adherence. The app has special provisions to protect anonymity and confidentiality. All the data are depersonalized, so there is no risk of a person being identified as living with HIV, even if a user’s phone or computer is used by someone else. Life4me+ can be downloaded from Google Play and the Apple App Store.

An updated version of the app will be released on 1 December, which will include functions aimed at preventing new HIV infections, hepatitis C and sexually transmitted infections such as syphilis and gonorrhoea, with automatic reminders to test for those diseases.

“New technologies have an essential role in quickening the end of AIDS. The Life4me+ app can be a life-saver for enhancing treatment adherence, which is essential to reaching 90–90–90 by 2020.”

“The world is moving towards e-health. The mobile application Life4me+ is a tool for quality medical care of people living with HIV, especially in eastern Europe and central Asia, where the number of new HIV infections continues to rise.”

“I have lived with HIV for seven years and been on antiretroviral therapy for five years. I’ve been waiting for an app like this for a long time. I sometimes forgot to take my medicine, but there is a function in the app that reminds me constantly until I say yes. Then I can always see whether I have missed taking my medicine.”

“I actively use the app’s reminders because I sometimes forgot to take my medicine. The app keeps me updated with news about HIV and I keep in touch with my doctor.”