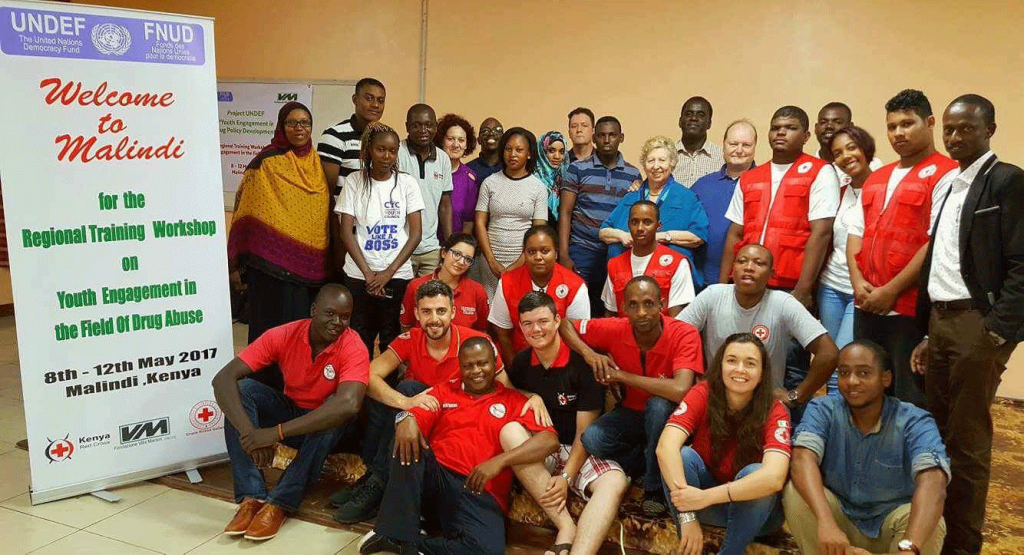 The International Partnership on Substance Abuse (composed by Villa Maraini Foundation, the Italian Red Cross and IFRC) was granted for an education project by the UNDEF (UN Fund for Democracy) to organize a cycle of trainings on  humanitarian drug policies targeted for youth volunteers. Next meetings are scheduled for late July in Kyrghizstan RC, with the countries of Central Asia and  Europe in conjunction with the Annual Meeting of ERNA (the European Network on AIDS/HIV) and for late november in Tajikistan RC. 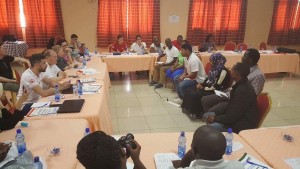 The aim of this project is to strengthen the knowledge and active participation of young volunteers within the local communities to develop humanitarian policies that respond to theneeds of drug addicts, in particular to support them to have access to health services.
The Secretary General of the Red Cross of Kenya and Vice President of the IFRC, Dr. Abbas Gullet, personally intervened to express his full support in the fight against drug addiction and stigma, thanking Villa Maraini and the Italian RC for the strategic support received in recent years to tackle the dramatic consequences of drugs on the coast area of Kenya. Thus lately it has been funded the construction of a rehabilitation center on the island of Lamu and there were provided training activities for volunteers, healthcare workers and medical doctors
In addition, the SG, in agreement with the President of the Partnership, Massimo Barra, made a call to the young leaders to draft an official letter to address to the NSs aimed to foster their commitment to combat drugs and create a humanitarian task-force for drugs issues within the Movement.
Massimo Barra expressed all his appreciation for the welcome and attention shown by the Kenyan RC on this challenging issue: «it is impressive to notice the increasing political will of the  Kenyan RC which has succeeded in developing so many activities in support of drug users in few years, gaining a lot of know-how which allow them to be self sufficient to face the health and social related issue on drug abuse».

In conclusion, all the youth volunteers drafted a final Declaration (enclosed) which will be deliverd to their own NS’s governance to ask them support and committment on this humanitarian big challenge.