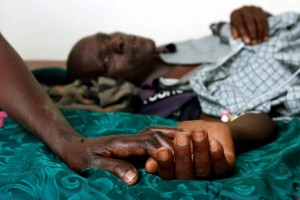 “One of the greatest development transformations accomplished by countries in the past 15 years has been owning and directing their national AIDS response. Their engagement in recognising and facing the challenges on the ground and in taking responsibility for solutions is an indicator of strengthened engagement and political maturity”: a web-site medium.com admits in the article on AIDS response and the role of the country in it.

(Source: Why is country ownership essential to the AIDS response?)

A key component of country-owned national AIDS responses is the systematic collection, analysis and application of quality strategic information, which is then used for programme design, resource allocation and strategic planning.

Robust and responsive national AIDS programmes can only be built when there is a clear picture of the local epidemic, including the burden of disease, patterns of HIV transmission, and the identity and location of key populations that are at increased risk of HIV infection. As a result, the tools and capacity that generate this information are key components of country ownership. India literally changed the course of its national HIV epidemic through the use of strategic information that guided its focus to the locations and population approach. This placed communities at the centre of the response through the engagement of non-state actors and centrally managed policy and donor coordination.

China’s AIDS response was also strengthened by a strong evidence base, including strategic information and analysis that persuaded the highest levels of government to undertake proactive measures on HIV prevention and treatment. This culminated in the prioritization of evidence-informed programmes, including community-led HIV testing, counselling and treatment for people at higher risk (such as people who inject drugs, sex workers and men who have sex with men).

Another facet of increasing accountability has been the requirement to regularly monitor progress at the country level and report it globally. This has created an opportunity for countries to strengthen their accountability systems through systematic reporting, and it has informed further reprioritization and process retargeting. For example, more than half of the 109 countries that conducted a mid-term review (MTR) of progress towards the 10 targets under the 2011 United Nations Political Declaration on HIV and AIDS have developed a follow-up implementation road map and devised specific mechanisms at high levels of government to follow up on the MTR.

In at least 24 countries, the MTR was conducted in conjunction with a review of national strategic plans (NSP) or frameworks, or it contributed to the development of a new NSP. With greater transparency of progress and gaps, national stakeholders routinely hold each other accountable and are equal shareholders of both achievement and failure.

Senegal, along with Thailand and Uganda, was hailed as one of the few success stories in the response to AIDS 15 years ago. It has continued its success, keeping HIV prevalence low and earning the recognition of global partners for its progress and achievements.

The country has made major efforts in the past five years to scale up access to HIV prevention, treatment, care and support services for its population, with a focus on key populations at higher risk. It is one of the few countries in the western and central Africa region that has collected robust data on hard-to-reach populations, such as sex workers, men who have sex with men and people who use drugs. The country has scaled up access to antiretroviral therapy substantially and treatment is now widely available in many parts of Senegal. The number of people receiving antiretroviral therapy increased from 5500 in 2006 to nearly 18 000 in 2011.

The combination of efforts is having positive results. According to UNAIDS, HIV prevalence among the general population remains stable at 0.7%, while HIV prevalence among sex workers has decreased from 19.8% in 2006 to 18.5% in 2011 and new HIV infections among youth have decreased. According to the Global Fund to Fight AIDS, Tuberculosis and Malaria, Senegal has been a model for the HIV response in the western and central Africa region, with a portfolio of well-performing grants, mobilized in-country partners and a vibrant civil society.

In order for HIV responses to be sustainable and effective, they must secure sustainable and predictable funding. To do this, all countries have taken significant steps in increasing their domestic contributions. For instance, AIDS resources for lowand middle-income countries have increased in recent years, largely through increases in their own domestic investments.

More countries have taken responsibility for funding their AIDS responses (especially in upper-middle-income countries) as AIDS responses have matured over the last 15 years. Since the end of 2013, China has become entirely financially responsible for its response. In the space of 10 years it has moved from being a full recipient of financial support from the Global Fund to Fight AIDS, Tuberculosis and Malaria (Global Fund) to funding its response entirely from domestic resources.

Read more about UNAIDS proposed actions for the future of country ownership in the AIDS response in the new report: How AIDS changed everything — MDG 6: 15 years, 15 lesson of hope from the AIDS response